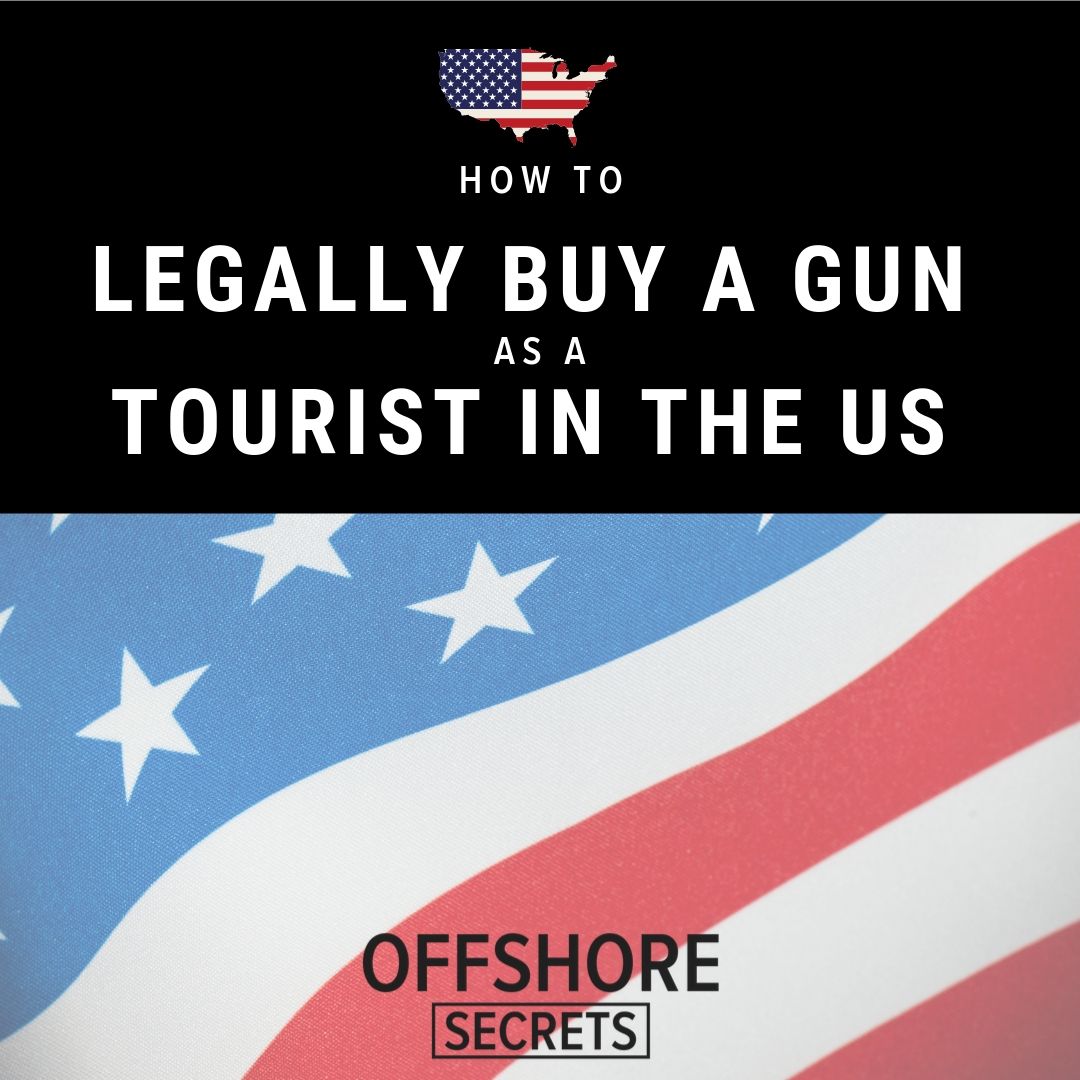 Can you buy a gun in the USA as a tourist? This is a question that gets asked quite a lot online. In this article, you will discover the one way to legal gun ownership as a temporary visitor to the United States.

Every law-abiding US-citizen has the constitutional right granted by the 2nd amendment to “bear arms”. He is allowed to own a weapon or as many weapons as he wants, for that matter.

However, this right does not extend to foreigners residing in the USA on a temporary basis. The second amendment’s right to bear arms has been interpreted, and on this basis laws and regulations enacted, to apply to citizens and permanent residents only. Taken straight from the “Bureau of Alcohol, Tobacco, Firearms and Explosives”:

An alien admitted to the United States under a nonimmigrant visa is prohibited from shipping, transporting, receiving, or possessing a firearm or ammunition […]

Now, this is where this article could find an aprupt end if it weren’t for the exception that follows right after:

[…] unless the alien falls within one of the exceptions provided in 18 U.S.C. 922(y)(2), such as: a valid hunting license or permit, admitted for lawful hunting or sporting purposes […]

A valid hunting license or permit admitted for lawful hunting or sporting purposes allows even an alien admitted to the United States under a nonimmigrant visa to buy and own a firearm.

Step One: The Hunting License

Now it turns out, getting a hunting license in the United States is quite easy. You do not even have to pass an exam or test. Instead you just buy yearly renewable licenses online. For example gooutdoorsflorida.com

The second kick: You do not even need to buy licenses for small game. All that is required from a legal perspective, to fulfill the exception, is a fishing license.

And if you want to avoid having to buy a new license each year, you can get the “lifetime sportsman” license, which as the name states is valid lifelong and for all huntable animals.

After you have obtained your hunting license, you will next need a proof of residence. You do not need a legal right of residence. All that is required are two documents in your name showing an address (proof of address). This could be a rental contract (even temporary/short-term will do), a utility bill (electricity, gas, landline phone service, internet), a car registration, US drivers license, property tax, and several others.

If you are in the country through the Visa Waiver Program, this proof can be avoided completely.

Step Three: Getting your gun(s)

Now you can go into a weapon shop, and buy your desired gun or guns. The dealer will fill out a request with the ‘Bureau of Alcohol, Tobacco, Firearms and Explosives’ (ATF), the responsible authority.

This will be used to perform a background check. Specific entries in your criminal record will lead to rejection.

For foreigners, without a green card, this request will always return “conditional no” and the ATF will perform a manual review, which takes about one hour.

Item 12d1, “Are you an alien who has been admitted to the United States under a nonimmigrant visa?”, you answer with “Yes”.
Same applies to Item 12d2.
Item 13: Here you need to enter your USA admission number. Form i94. Fill out the form and download the confirmation.
Item 18c: Mention the hunting license.

Most vendors have never filled out the part 12d1/12d2 and you might have to explain to them the process.

After the background check returns the “conditional no” the vendor should call the ATF vendor-hotline, where he will receive the “yes”.

Now you have to wait three business days until you can pick up your weapon.

This is much simpler. You can walk into any shop that sells ammunition, and buy whatever you want. If you look too young, they might ask you for an ID document. It doesn’t matter if you are a foreigner or not.

Your carry rights as an alien

As an alien, you are making use of a very specific exception to get into legal possession of a gun. Under the terms of this exception, much more stringent rules apply when, where and how you are allowed to keep, carry and use your gun.

Where you can keep your gun

You are allowed to keep your gun

When you can carry your gun

Where you can use your gun

You are allowed to use your gun on the shooting range and during a legal hunt.