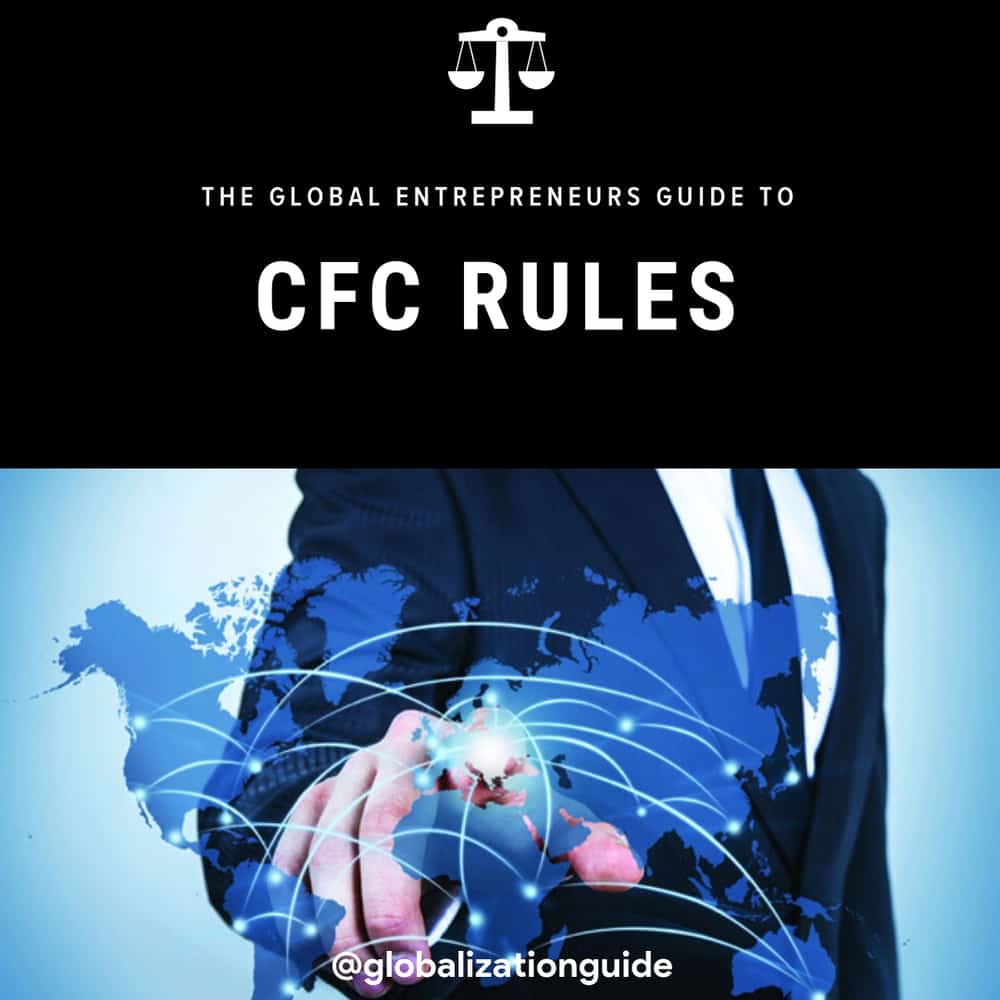 CFC (controlled foreign corporation) rules are a set of legislation primarily introduced to prevent the operation of empty shell companies in low-tax jurisdictions out of countries with higher corporate taxes.

What is the purpose of CFC rules?

Corporate tax rates vary widely throughout the world. The industrialized nations of the West generally have high tax rates, while there are many countries with lower or even zero percent tax rates in the world.

Without CFC rules, citizens of high-tax jurisdictions could circumvent their countries high tax rates, by operating their business in low-tax jurisdictions. Especially today where business can be controlled virtually and without requiring any fixed physical location, this has become more relevant than ever.

To prevent businesses and individuals from minimizing their tax liability by taking advantage of cross-country differences in taxation, many countries have implemented various anti-tax avoidance measures.

How CFC rules are being applied

Even though CFC rules can be quite complex, they generally follow the same basic structure:

We can roughly differentiate between five different levels of CFC rules.

This is not a clear categorization, and the different CFC rules are subject to regular change. A good place to find up-to-date information on the specific rules for a country is the PWC Worldwide Tax Summary.

Most OECD-countries and industrialized countries have strict CFC rules that also target actively operating enterprises. If they are tax-liable domestically or abroad depends on the percentage of ownership and the tax rate in the country of incorporation.

Also by 2021, all members of the European Economic Area will have to implement CFC rules. Many

Some countries do not target the active management of foreign companies in low tax jurisdictions with that much rigor. Their CFC rules only affect passive shell companies, with their passive income like capital gains, rental income or licensing fees. If they were to be paid out to an individual, income tax and capital gains tax would apply.

The main goal when operating a shell company is to pay out earning to the owners’ personal bank account. This is generally only possible if there are no CFC rules, or if they don’t apply in the specific case.

This is often the case in countries with weak CFC rules. In those countries, they require a high percentage of ownership combined with a low-tax in the country of the foreign corporation.

Sometimes the rules only apply to either individuals or companies. For example, if only companies are affected by the CFC rules, they are no longer able to use certain methods to transfer profits (from one country to another). A private citizen could still use an offshore company to safe taxes and transfer extra income to his bank account.

Following you will find a very simplified overview of the different categories of CFC rules, and the countries which use them. Specifically, you will find the percentage of ownership and the tax rates required for them to take effect.

Countries without any CFC rules

Some countries don’t rely on the tax rate as the primary deciding factor. They instead simply decide on a by-country-basis, whether or not to apply CFC rules. They maintain lists of tax havens/blacklists. Companies from those countries automatically trigger the CFC rules and have to pay domestic corporate income tax. Many times additional limitations or the inability to deduct certain business expenses apply.

Some countries take the opposite approach and choose to use a whitelist instead. Their citizens can seamlessly own and operate a company and pay taxes at source, as long as it is in a country on the whitelist. Often these lists include the largest trade partners. Germany tends to be a member of many whitelists for example.

So-called tax heavens are often being blacklisted. There is no clear definition of what constitutes a tax haven. Different countries have different standards. A zero percent corporate tax rate, in general, gets a country blacklisted automatically.
Treaties for the exchange of tax information can lead to the countries being taken off the list again. Because of that, there can be zero tax countries that are not blacklisted.

After the recent data leaks like Panama Papers and Paradise Papers, the EU now tries to sanction blacklisted countries. Up until very recently, there was no agreed upon blacklist in the EU. But in October

The different blacklists of individual member states can be found under this link.

A few exceptions to CFC rules

There are some cases, in which CFC rules don’t come into effect.

As a consequence of the “scandals” around offshore companies and tax-havens of recent years, we might see a move from offshore to onshore. Even within the European Union, there are several models and strategies for tax optimization and tax reduction. All completely legal and official.

The reason for this is the EU “freedom of establishment”. It allows citizens of EU countries to operate companies in other member states without restrictions.

In theory, EU law superordinates national laws and is supposed to override any national regulations that are aiming to prevent tax optimization. Exit taxes or CFC legislation are not supposed to apply. There are still countries that do not follow the EU legislation and continue to view other member states like Malta, Cyprus, Ireland, Estonia or Bulgaria as low-tax countries where the CFC rules fully apply, in cases where there is no local economic substance.

In general, the EU has been trying to close any loopholes. Most countries will therefore soon have more and stricter CFC rules. There are also discussions around unified European corporate taxes.

CFC rules are primary trying to target the use of empty shell companies.

Things change, when a company can show credible economic activity in the country of incorporation, so-called “economic substance”. This means renting office space, having employees and other company assets. Given enough substance, those types of companies can be operated even from countries with strict CFC rules.

In cases where there is a double taxation agreement (DTA) between a high-tax and a low-tax country, companies in the low-tax jurisdiction are being recognized, given enough substance.

If there is no DTA things tend to become more complicated, but not impossible. It really depends on the countries involved.

Germany is one of the countries with the most restrictive CFC rules (called Aussensteuergesetz in German).

The controlled foreign company has to show a significant amount of substance. A single employee and a small office is most likely not sufficient if the company generates significant earnings.

Furthermore, the managing director has to spend a certain amount of time in the country abroad and must not have more than 50% ownership.

The company also has to contribute to the local economy and demonstrate an economic interest in establishing the company abroad. For example having local clients, which can often be difficult to acquire in a tax-haven.

If the company fails to meet those requirements, it will have to pay German withholding tax.

Even if the profits are not being distributed, they are still getting taxed in Germany.

In Austria as of 2018 things are still quite different. Austria still has no CFC rules, just some general rules that impede tax avoidance when creating companies abroad.

However, the rules don’t impede Austrian residents from keeping their profits in the foreign company. No taxes have to paid on profits that haven’t been distributed.

You still need to justify the existence of the foreign company, for example, direct market access in a specific region. But in general, you can manage many different online businesses from Austria without a huge amount of difficulties.

As you can see the topic of CFC rules can become very complex very quickly. In general, it’s advisable to consult with an expert that is up-to-date with the legal situation and the current interpretation.

The rules are also constantly in motion.

For example, as of the writing of this article a draft has been introduced in the Austrian parliament to finally implement CFC rules there as well. And the Czech Republic introduced CFC rules in 2017.

If you need advice or legal consultation regarding the operation of a foreign company, email us at [email protected], or schedule a consultation, and we can put you in touch with competent and trustworthy tax lawyers.