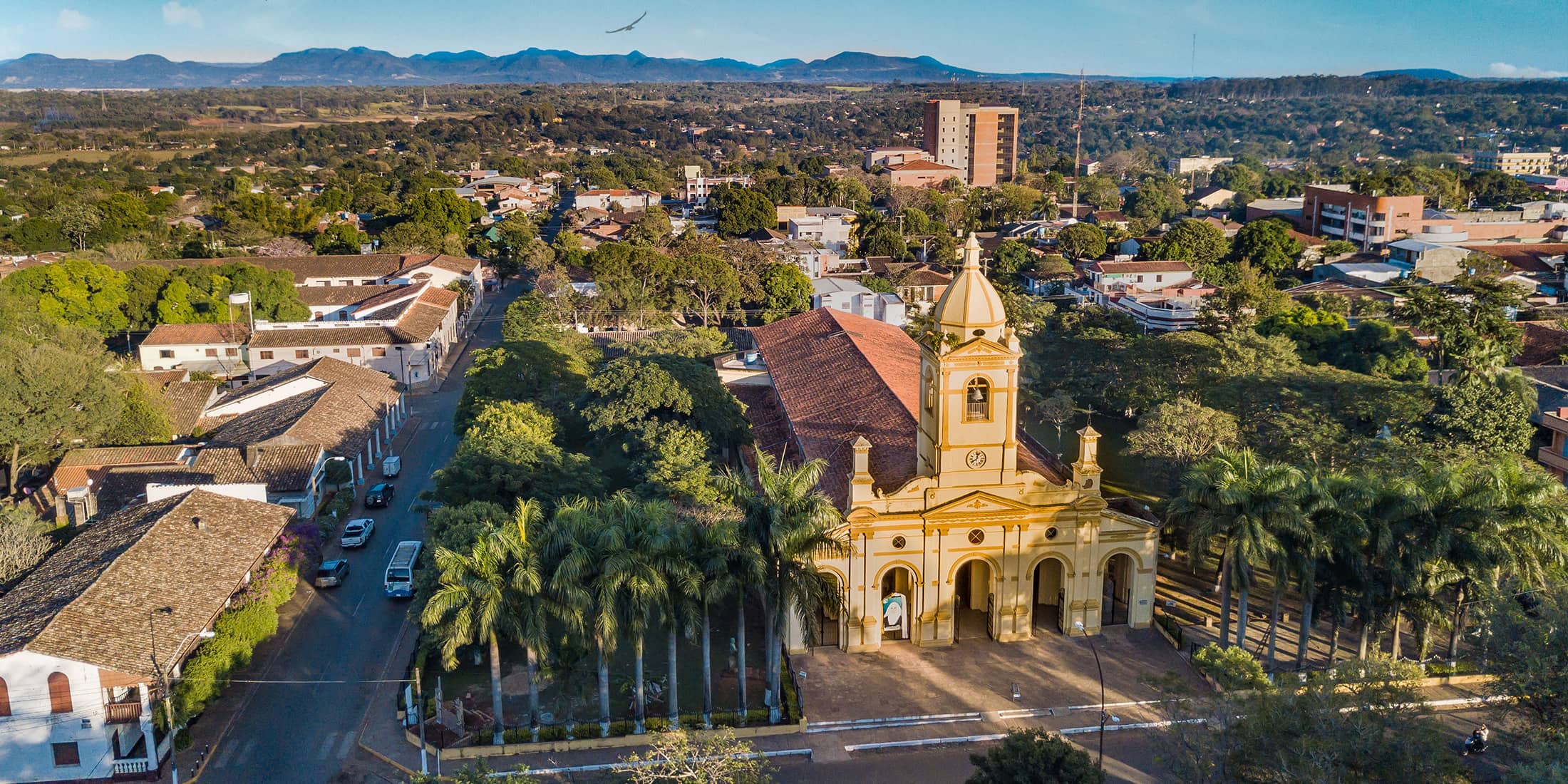 Paraguay is often coined as a land of opportunities.  It is surrounded by Brazil, Argentina and Bolivia. Paraguay, being a landlocked country, is a very considerable country in terms of residency, low and territorial-based tax system, affordable cost of living, abundant cheap fertile land and a constantly growing emerging economy with several untapped markets. With all this, Paraguay may be a place to consider planting several flags especially for young entrepreneurs.

How to Obtain Paraguay Residency?

Obtaining residency in Paraguay is not as difficult and tricky than that of other countries. The policy of the immigration of Paraguay is liberal. One can immediately get a permanent residence permit. Also, one is not required to have resided nor visited the country previously. In an embassy or consulate, an individual must apply for a visa to enter the country (if applicable). Once done, the future resident must travel to Paraguay to process the application.

The application process takes only a week to complete. Asking for legal assistance is should be done if you don’t know how to speak their Spanish language. It is possible during the whole follow-up process to delegate the power of attorney to a legal representative. Renewing of permit is not necessary. However, it may be canceled if the resident is absent for a period of three years without justification.

The economic requirements are anecdotal, a deposit of an amount equivalent to 35 minimum monthly wages, currently a total of PYG 24,554,600 (≈ USD 4,500). The deposit could be made in the Central Bank (non-interest bearing) or any commercial bank. Once the procedure is completed, the deposit can be withdrawn in full.

A residence permit may also be obtained, setting up a company with a capital of the above-mentioned amount; or purchasing a property for agricultural production with a minimum of 10 hectares.

Paraguay as a retirement place

Those wishing to retire in Paraguay must prove a monthly income of 100 wages, currently PYG 7,015,600 (≈ USD 1,300). These will benefit from import duty tariffs exemptions on personal effects up to certain quantities and under certain requirements.

The necessary documents are: valid passport with entry visa (if applicable), proof of address, birth certificate, criminal record of the country of residence and Paraguay, certificate of civil status, certificate of life and residence, certificate of economic solvency, sanitary certificate and Affidavit of Compliance with Article 23 of Law 978/96.

In a minimum period of 3 months, the Immigration Department will issue the residence permit and the documentation to apply for the Paraguayan cédula (permanent residence card). It is advisable to request the cédula in person, although a legal representative may also do so. The cédula allows traveling visa-free through all Mercosur members.

Permit renewal is not necessary. However, it will be canceled when there is an absence of the resident for a period of three years without justification. On the other hand, obtaining citizenship in Paraguay through Naturalization is possible after three (3) years of permanent residency. It may seem easy, yes but the process could get more complicated and local connections will serve a very important and helpful role.

The law is not very clear and specific about the requirements to request Paraguayan citizenship by naturalization. However, it will be imperative to show some ties to the country. Such as real estate or local company ownership, continuous fiscal residence or regular exercise of a profession. The applicant may also need to have a basic notion of Spanish. A basic knowledge of the country’s history, geography and politics is necessary.

The Supreme Court will be issuing the ruling once the application is made and all necessary bureaucratic procedures are carried out . The process will take about six months, but it can be delayed for years in reality. A naturalized citizen may apply for the passport after two years of obtaining the nationality.

According to the Paraguayan National Constitution, multiple nationalities may be admitted by an international treaty. Currently, it is only in force a double nationality treaty with Spain. Although de facto is rarely requiring the renunciation of nationality. As each case is individually being handled, a legal advisement is recommended.

Naturalized Paraguayan citizens may lose their citizenship status for “unjustified absence for three consecutive years or have decided on another nationality” but rarely happens.

Cases are being handled on a case to case basis although there are no official nationalities restricted. For some nationalities, especially those of the Middle East and Asia, the process is even more complicated.

The most sought after factor in Paraguay is its people. Paraguayans are among the warmest and happiest people in the world. They are easy-going, hospitable, sociable and spontaneous. All these characteristics may be the effect of the calm pace of life, away from stress and haste.

Paraguayans speak Spanish and Guaraní, the latter especially in rural areas. The knowledge of English is considerably scarce, so if you decide to live there you should have some knowledge of Spanish.

Paraguay has a subtropical climate, so humidity and heat are present throughout the year. With an enviable average of 7.7 hours a day and almost 3,000 hours of sunshine a year. Maximum daytime temperatures range from 25 ° C in winter to 40 ° C in summer.

Cost of Living in Paraguay

The basic basket, restaurant and transportation products cost on average 20% less than in Brazil and Chile, while 30% less than in Uruguay and Argentina and up to 50-60% less than in the United States or France. Paraguay has the lowest food costs on the continent, including meat, bread, rice, eggs, fruits, vegetables, and alcohol. The costs of services, including water and especially electricity, are also much cheaper.

Also, the lower cost of living is reflecting in the gastronomy. A meal in a mid-range restaurant in Paraguay costs less than USD 9 per person. Regarding entertainment, have a beer in a pub costs on average less than USD 1, and go to see an international premiere at the cinema, about USD 6.

By adding monthly fees and enrollment, a year of schooling in a private school can cost from USD 1,500 to more than USD 7,000 in the most elite international schools.

Considering the average salary barely reaches USD 500, with a personal monthly income of USD 2,000-2,500 in Paraguay, a person may have a considerably high pace of life.

Paraguay has traditionally been an agricultural economy. With a large informal sector with a high percentage of the population participating in subsistence agriculture. However, in recent years, it has begun a long-term industrial development. Becoming one of the most dynamic economies in South America. During the period from 2010 to 2015, it recorded an average annual GDP growth of 6.30%. Also, it has a reduction of the population under the poverty line of more than 10 percentage points. Driven by the commodities price increase, favorable weather conditions, industrial development, increased foreign investment and a stable political situation.

In Paraguay, foreign investors have the same guarantees, rights, and obligations as any local. There are no restricted areas, no discrimination, and there are no limitations.

The Economic Commission for Latin America and the Caribbean (ECLAC) considered Paraguay as the economy with the best ROI in all South America. It is a member of the Mercosur Free Trade Area, which has trade agreements with the Andean Community, Egypt, Israel, Palestine, Mexico, Cuba, India and the Southern African Customs Union (SACU), among others. In addition to negotiating the free trade agreement with the European Union, which could be signed in two years.

With over eight million hectares of available fertile land and abundant fresh water from one of the largest aquifers on the planet, the Guaraní, there are good business opportunities in the agricultural sector. Paraguay is one of the world’s top exporters of soybeans, soybean oil, chia and soy flour, yucca flour, corn, beef, wheat and the first exporter of stevia and organic sugar. In addition to exporting cotton, feed and leather products. Studies indicate that Paraguay could still triple its agricultural production. In a world where fresh water and food become increasingly scarce, Paraguay is in an ideal position for a prosperous future.

Foreign investors will be able to carry out the procedures for the incorporation of a Paraguayan company. Together with the procedures for requesting the residence permit. Through the one stop shop of the Unified System of Opening and Closing Companies (SUACE).

The cost of electricity is very low. Paraguay, thanks to its abundant water reserves, is a major producer. Its hydroelectric power cover 100% of the country’s electric needs. In addition to exporting more than 90% of the energy generated mainly to Brazil.

With all the facts about Paraguay, Paraguay is definitely a country of opportunities. You must be searching all over the web on how to live your life out of your comfort zone. The country, Paraguay, is a resource haven and must be on the top of your list to consider.